My Journey to the Cloud 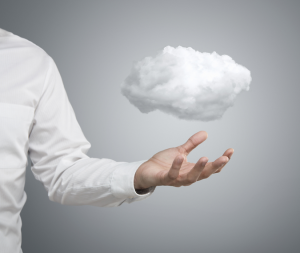 In 2014, DSD Business Systems provided its staff with Microsoft Surface Pro 3’s. I have had the chance to use my Surface Pro for the past month and it’s fantastic.  I think the Surface Pro 3 will be a game-changer for Microsoft.

In addition to having a Surface Pro 3, I also have a very capable HP ProBook.  Having two computers made me begin to think about how I could reduce my digital footprint.  Would it be possible for me to replace my conventional laptop with the new notepad?

If I were to make the switch from a laptop to only using the Surface Pro, I realized there were important issues I would have to address.  My Surface Pro must be able to:

After some Internet research and talking to our IT staff, I determined that the Surface Pro will be able to do everything that I need, and I’m working on the transition right now.

I have been able to connect all my existing devices via a Surface Pro docking station and a 9 port USB hub.  The MS docking station is beautifully designed and allows me to attach both of my monitors, all my USB devices and my speakers.  Because the Surface uses Windows 8.1, all the applications that I currently use work flawlessly with it.

The Surface Pro 3 is available in 5 configurations using Intel i3, i5 and i7 processors. My Surface Pro is powered by an Intel i5 processor operating at 1.7/2.5 GHz with 4GB of RAM.  My laptop is an i5 running at 2.3 GHz and 4 GB of RAM.  So, replacing my laptop is no problem at all from a performance standpoint.

File storage is the last issue.  There are three options:

My data storage strategy will be to store everything in the cloud.  My most sensitive personal documents will be encrypted so that they cannot be viewed by anybody but me.

Computer users have a false sense of security when it comes to their data. Most believe that their files are safest in their own possession on a local physical drive. That’s simply not the case. Laptops and computers can be stolen.  Networks can have outdated or poorly enforced security policies.  Other users on your network can (and probably do) have weak passwords and weak Internet habits, allowing access by hackers or viruses.

You are your own worst enemy when it comes to data security. If you always use a strong password and change it every three to six months, it is unlikely that you’ll ever have a problem when your data is in the cloud.  My own password is easy to remember, it uses 13 characters including upper and lowercase letters, numbers, and symbols, and it’s changed every six months. 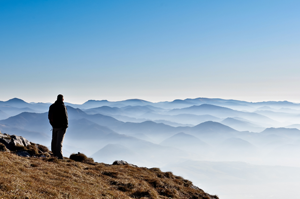 So, I’m going all in on the cloud.

What if I’m in the air and don’t have access to Wi-Fi?  If I know that I’ll be travelling and will need access to specific documents, then I’ll just make a copy of them to my Surface Pro’s flash drive and I’ll update the cloud versions as soon as I’m reconnected.  Cloud storage space is not an issue because as an Office 365 subscriber, Microsoft provides me with at least 1 TB of cloud storage.  That’s where I’m storing all my files.

I’ve nearly completed my transition to the cloud.  My Surface Pro 3 is much easier to carry than my laptop, it works nicely in cramped airline seats, and if it’s stolen or lost, I know that my documents are still safe.  Check back with me in six months and I’ll give you an update.

Coronavirus Tax Relief: How Governments are Supporting Businesses amid the COVID-19 Pandemic